Two years ago I went to a workshop; there were about eight participants. We sat in a circle and we were all equal. Our instructor gave us a task. I don't remember exactly what it was, but I remember how we looked at each other. Everyone was waiting for someone else to take the lead. Unfortunately, no one stepped forward. We may have lost a minute or two just looking at each other. And what for? None of us wanted to take the leadership role.

We are the ones we have been waiting for.

A situation like this was only to be expected. A leader takes all the attention, and to some extent, takes responsibility for the whole team. There are not many people who would go into such a role voluntarily. That day, however, something changed inside me. I told myself that I never wanted to be in such a situation again. Since then, I have taken on leadership roles more and more often. And you know what? I've got used to it. I have become a more resilient person. I am not afraid to take on such a role, because I know that, regardless of the result, I try to do my job the best I can. Mistakes happen, they are part of the process. But the important thing is how fast you can shake them off and move on. Success is guaranteed to come over time.

In our public-speaking club Toastmasters Košice, during February and March, we conducted a couple of experiments to attract new members. March is slowly but surely coming to an end, we have one more meeting scheduled for this month, but I can already tell our experiments have fallen through. Admittedly, there were several new guests at our meetings. They came, many were thrilled by our meeting, but we never heard back from them. We didn't get a single new member; so I began wondering why?

Since I lead people, I've become a sort of a psychologist. I think I already know the answer to my question. However, I will not reveal it to you yet. I'll start by telling you three real-life stories of people who have contacted me.

One day Viktor paid us a visit at our online meeting. I remember him because, after the meeting, most people quickly disconnected. There were only three of us left — me, Lenka Tarábková from the Žilina club, and him. I haven't heard from him for a few months, but recently he gave me a call. He remembered our non-profit organization and wondered if we could train him, even for money. He wanted to overcome his fear of public speaking... I told him that learning these things is a long-term process and he will do his best when he comes to see us again. He didn't come. I do not think, however, that he miraculously solved his problem.

My videos, where I invited people to come visit us at Toastmasters, also caught the attention of one of my acquaintances. One day she really showed up; she seemed shy, but I liked that once we asked her a question, she was able to formulate her thoughts. I later wrote to her via private chat. I wanted to know what she thought of Toastmasters and whether she was considering joining us. She told me that we seemed to her like from another league compared to her skills. She didn't think she would fit in. Like Viktor, she was afraid of public speaking. While we said goodbye, she told me that after some thinking she would like to join us from March. She has not turned up since.

The third story is about a former member of the club, Kamil. I got to know him on some completely non-related event. I had no idea that we were connected by the Toastmasters Košice club. We talk via chat regularly, so I know that he was thinking about re-joining our club. I've invited him several times to come to one of the meetings. But he always had an excuse.

I could tell you many more stories like these. Now is the moment to finally tell you what I think is the reason why we didn't get any new members despite our enormous effort. I believe most people want to be led, not to lead others. If they come to online events, they usually come to webinars where they can passively listen to the speaker for an hour or two. Some may push themselves by asking a question, and ultimately they conclude the day with a feeling of how productive they were.

Meetings in our club work differently. We do not do webinars. We learn to speak by practicing it. We grow and fall, but we don't give up. When you come to us, you see that each of us has a role in the meeting, often more than one. We take turns on stage, and I think that's what the guests are afraid of — that it will be their turn too, and that it will not be just a meeting where they sit down for an hour, listen to someone and go happily home.

We had a club leadership meeting during this week and we unanimously agreed on who we are and who we are looking for to join us. Toastmasters Košice had diverse members over the years. Some were in our club just for fun and friends, others because they wanted to learn something new. Over time, however, people left and what remains are people who constantly strive to improve their skills. I have written it several times: I like people who pursue their own goals; I will always help such people.

But do you know what the problem is? Such people are actually few and far between. I dare to say there are less than five percent of them. Then there is a larger group that admires our activities but fails to overcome that initial barrier. I would like to help those as well.

What kind of life do we want to live?

When I think about it, there are three groups of people:

Which group are you in? I admit I'm in the last one. Since I have been an entrepreneur, my life started to change its trajectory where I want, but I'm not there yet. What's important is that I have a goal and I am slowly getting closer to achieving it.

If you are in the first group and living the life of your dreams, then congratulations! Enjoy it. However, I think most of you are in the second group. We take our lives as something that we do not have complete control over and that is why we simply resign. I would like to say this to you — don't give up but look for ways to change it.

Several things can help you with this. First and foremost, take responsibility for your life into your hands. Many things are beyond your control and you can't change them, but look for ways to control what you can. Is your shop shut down due to COVID-19? How about starting an online venture?

Don't be afraid of mistakes. Take your mistakes as part of the process. Learn to accept them. Evaluate each mistake, shake it off and move on.

Try to approach certain things less emotionally. I know, sometimes it's hard. What works for me is to get back to them after a couple of days. Most of the time, my thoughts sort out over time and I can make rational decisions.

All of these things teach you to be resilient. If you accept mistakes as part of your being, you know how to process them and you are not afraid to take risks, nothing will stop you over time and you can have the life you want to lead.

Let's get back to the three stories. All my acquaintances had an inner barrier that prevented them from moving on. I can only think of two options: Either those people don't really want any change and take leadership or public speaking as something nice to have in their résumés, or they sincerely want change, but they can't get over the obstacles I mentioned.

There are no shortcuts. Do your work!

For all of you who want to change their lives, yet don't know how to do that, I have good news. People around you will help you. Often the first step is to write or talk to them. Or come to an online meeting and dare to ask. If you need time, take it. But don't wait for too long.

We at Toastmasters will also help. You have the opportunity to work on your weaknesses. Toastmasters will open up new possibilities for you, and after a year you will look at the world with a new perspective. At the very least, you will be more experienced and richer for it.

The world needs good leaders badly. It would be a pity if they remained silent just because they were afraid. Find the courage. We will gladly lend you a helping hand.

Almost two years have passed since the original article was written. I am still working hard on my goals. However, I've only recently discovered a community of like-minded people and I'm no longer completely alone in this. In this community, there is a long-running so-called Spartan Challenge.

If you're serious about making changes in your life, you have a chance to go hard mode. For six months, you'll devote yourself entirely to self development. You'll exercise regularly, keep a journal, work on your goals, adjust your diet, and get results at the end.

If you're interested in the challenge, I'll put a link to the original video here. We meet on Discord and I have also started a Slovak community on Element. I'd love to see new faces there! 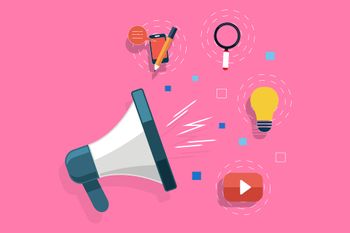 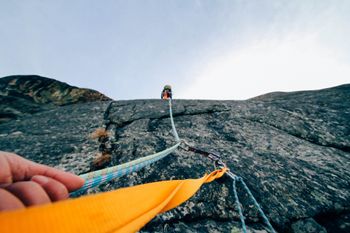 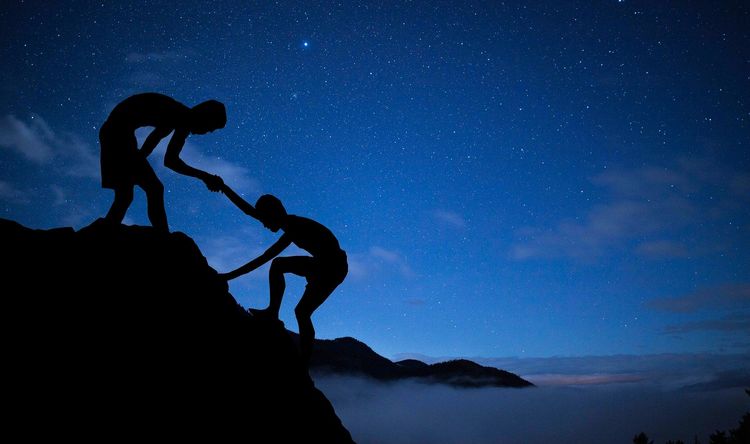 The power of mentoring 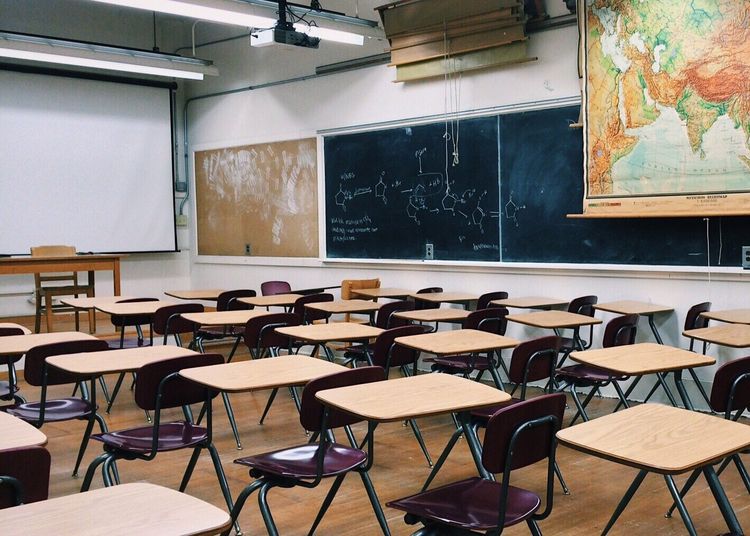 Our school system is antiquated; it's time for a change